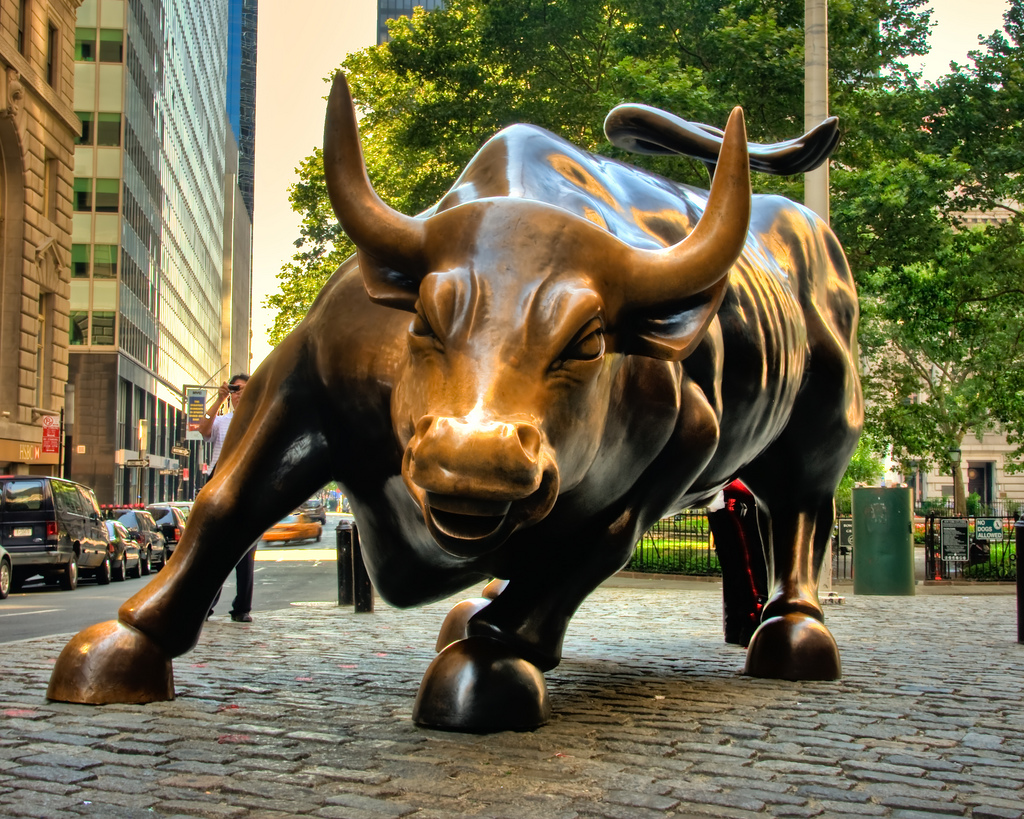 Five Things That Happen In A Bull Market

It was July 07, 2017 when I originally wrote this. Stocks had continuously been hitting all time highs since the later part of the first quarter. We saw a rally in tech stocks push The Dow Jones Industrial Average (the DJIA or the DOW) to a record high of 21,681.53, up more than 20 percent over the 17,883.56 point level of 2016. Similarly the Standard and Poors 500 (S&P 500) has been pushed well beyond its all time high of yesteryear (2,083.79) to an All Time High in 2017 of 2,463.54. Neither of these indexes have been higher. Anyone who has been paying attention would realise that we are in, what might be termed, the second year of a Bull Market that started unofficially in the Summer of 2015.

It is rather interesting to us to see Investment Houses spending massive amounts of money promoting their latest “Managed Accounts” and touting the many benefits of being in the stock market at this time. I am reminded that we often repeat our mistakes given enough time to forget them. This article therefore serves as a reminder, more for myself than to anyone else, of Five Things We Can Expected To See In All Bull Markets.

Earlier this year, I wrote an article entitled Seven Pillars of Successful Value Investing on BestYouPRO International. In that article I listed, and expounded The seven ‘P’s I think make for successful fundamental investing. It is important to note that in a Bull Market, hardly any “investor” devotes sufficient time to doing in dept analyses of the fundamentals of different investment options. One of the ‘P’s mentioned in that article was Psychology. I believe this to be the number one enemy of the investor in bull markets as the flurry of investment news and compelling headlines seduce him into actions that he would otherwise delay pending a detailed look beyond the headlines.

As I will discuss later, a rise in confidence during Bull Markets becomes a catalyst for increasing the amount of “investors” in the game. The primary result gleamed from this influx of newcomers is that prices of securities take off. Companies that were previously know by the investing public as poor investments start attracting attention based on any number of superficial factors. It may be that the company has a catch name, or is in an industry currently undergoing a buzz, the company may have a popular product or a management team that is widely known.

One recent case is the much discussed SNAP Inc which went public in March 2017. In a previous article I noted why SNAP would not make an ideal investment for value investor. This was based on the fact that the company had not realised a profit since being formed. This however did not stop “would-be investors” from pushing the market price well beyond the already optimistic IPO price of USD 17.00 to as far as USD 27.00. The price of the shares at the time of the original publication of this writing was USD 14.76. SNAP price today (May 27, 2018) USD 10.71.

Confidence Soars in Bull Markets … and So Do Prices

I alluded to this in the paragraph above, however its significance warrants me mentioning it here again in isolation. The main reason being that the prices of securities will tend to rise proportionately to that of the confidence of investors…and speculators. This again is a manifestation of a psychological response to what is perceived as good news. As we become more “certain” that things are improving with the companies that we invest in, we become more willing pay premium prices for the shares. There is a somewhat recursive nature to this response, as we begin to pay higher and higher prices for the shares in these companies, the headlines begin to read more and more positive, thus deepening our confidence, making us even more willing to pay still higher prices. The cycle continues until someone eventually wakes up, peruses the financials and heralds a correction of the prices.

Consequently, the time of maximum confidence is the time when most business owners tend to take their companies public. My reasons as to why this is might read like a conspiracy theory but I assure you there is good basis for it. On my local stock exchange alone, there were three IPOs (SOS, PBS, and EXPRESS CATERING) issued all within the space of two weeks. I have only seen this once before, the triple listing of 2016 when three financial companies listed within the same week. It is important that I note that one of those 2016 companies had not yet realised a profit at the time of listing. Yet, all the invitations were oversubscribed.

We have all heard the adage, “All good things must come to an end”. However, in the stock market, it may be more appropriate to modify the warning to read, “All good things must end…badly.” While this is a more dramatic statement, it is indeed more factual than philosophical. A wise investor once said, “The thing about Bull Markets is that they don’t touch the sides on their way down.” What he meant by this statement is best explained using a chart such as the one seen in the figure below. The image shows the ramping up of the 2008 Stock Market high and the subsequent decline which began in September 2008.

We are undoubtedly in a Bull Market, certainly we are in the second year of the Bull Market for the JSE. No one knows for certain when a correction will take place but it is my hope that these five points will make you a wiser investor in your respective markets.

This article was first published in July of 2017 on http://bestyoupro.com