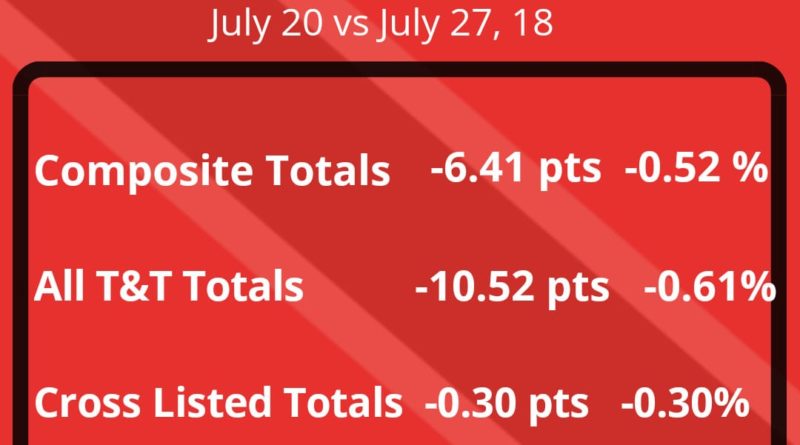 These were the Top Stories of the Week for Caribbean Value Investor.

For the nine months ending June 30th 2018, NCBFG (JSE: #NCBFG; TTSE: NCBFG) made $55.9 billion in revenues which was a 26.6% increase over the same period last year. From this, $20.9 billion in profits was made which is a 42 % increase over the same period in 2017. However, it should be noted that of this $4.4 billion was as a result of negative goodwill on acquisition of subsidiary; this subsidiary being Clarien Bank in Bermuda. In December of 2017, NCBFG completed its acquisition of the majority holdings in the financially troubled institution. Minus this gain, the nine months change from the previous year would have been 12.5 %. Nonetheless, the quarter showed a stellar performance with net profits increasing 33 % over the same quarter last year. Earings per Share (EPS) for the nine months ending June 30th 2018 was $8.42. NCBFG ended trading on the JSE at J$ 100.01 up J$ 3.10 from the previous trading day.

TTECH showed improved results for six months ending June 30th 2018. Revenues were up 34.7 % and net profits were up 44.5 % over the same period last year.This the management attributed to gains from marketing activities during the quarter.This led to an increase in business in most of the company’s major service categories.

Changes in the The Jamaica Stock Exchange (#JSE) Indices were as follows:

Facebook share price fell 19% wiping off US $119 billion in a single day, after sales and user growth numbers disappointed investors. Chief Financial Officer David Wehner blamed the fall in users as a result of the GDPR (General Data Protection Regulation) the EU passed into law. However European lawmakers blame Facebook’s woes on its scandal with Cambridge Analytica. This is seen by other companies not seeing an impact on profits since the law being passed.

Twitter is also blaming GDPR on its woes after share price plunge 20% at the close of Friday’s trading. This resulted in US $ 6 billion being wiped off from the company’s market value. This is after the company reported that the number of active users fell by 1 million.

Be sure to check the Caribbean Financial RoundUP tab on https://www.CaribbeanValueInvestor.com/news/  this and every Sunday for Week-over-Week changes in the major Stock Market Indices in the Caribbean.

August 5, 2018 0
Translate »
Want to learn more about the Stock Market and Investing?
Enter your name and email and get the our articles directly in your inbox... it's FREE!