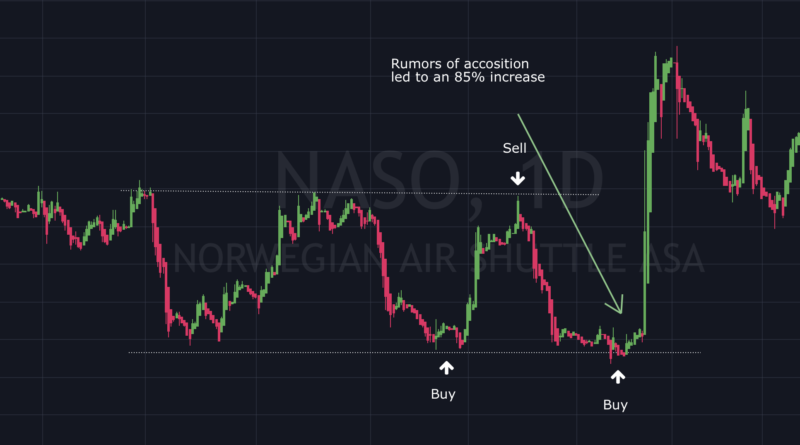 Most stocks we go over are international stocks, and often American. Today we will go over a not so typical stock. A Norwegian stock. I probably won´t trade this stock, simply give you the technical setup. I consider this company a hit or miss, or a gamble if you like, I will explain why shortly. The stock in question is Norwegian. Norwegian is a flight company based in Norway. It is known for good customer service, as well as cheap prices. Its main rival is SAS, a half government half private owned company. With the Danish, Swedish, and up until recently also Norwegian government-owned. NASO is the biggest airline company in Scandinavia and the third biggest cheap flight company in Europe.

The flight industry seems to be struggling as a whole. The margins become tighter, while green governments increase taxes, eventually, most small companies get bought by bigger companies. Norwegian is one of the companies struggling financially thanks to an unprecedented expansion plan, as well as an increase in fuel cost. On the bright side, Norwegians fly a lot, three times the average of the Swedish for instance. There are two types of companies that do good in this industry. The huge companies, and the cheap flight companies. Norwegian is one of these cheap flight companies. 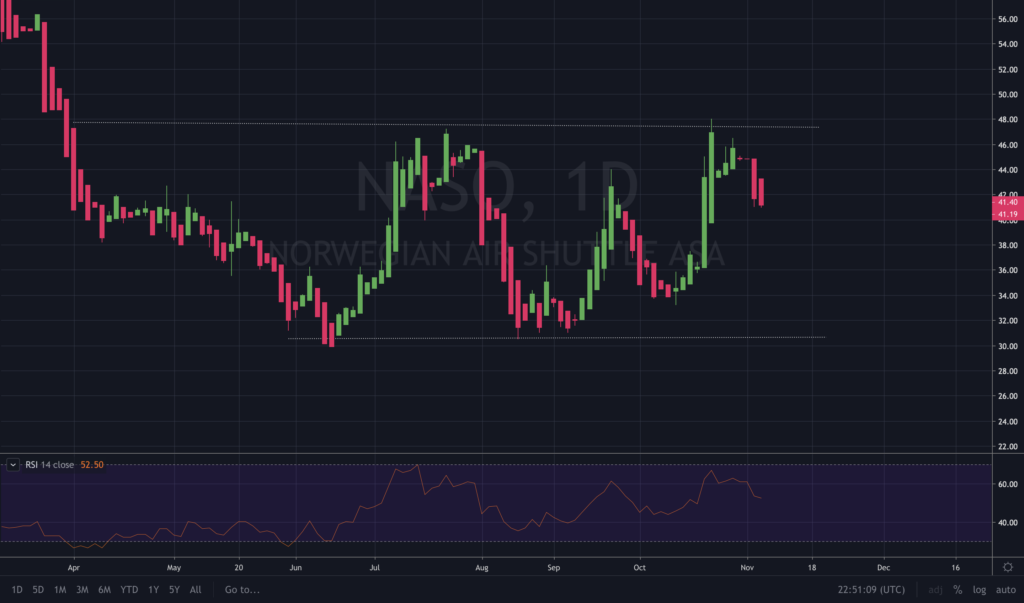 If we look over at the chart, we see support and resistance lines. These trend lines are not like our usual ones. These are linear, or symmetrical if one might. Creating a symmetrical channel. This channel can be traded up and down. Buy at support, sell close to resistance, and repeat. Over time one can gain quite a lot by this approach, especially if one also chooses to go short at resistance. If we go back two years, we can see NASO had the same setup we are describing now. More than that, I participate in that trade. The fact that NASO creates the same setup once again, at a much lower evaluation, further confirmes the stronghold of the setup.


Personally, I do believe NASO will make a new high over time. Especially if rumors of acquisition appears. But it has no place in my portfolio, simply for being too much of a gamble at this time. I likely won´t trade the stock either, but it´s up to consideration should the fundamentals change. Remember, should NASO unfortunately go bankrupt, it will likely be bought by a bigger company, making it highly likely that the stock actually increases on news of bankruptcy. Long term: for those interested in the long term, I would not recommend holding NASO. It´s a hit or miss company. On the bright side, should the company be close to bankruptcy, the likelihood of it being bought is quite high. For us investors, that means a good spike in price.

November 6, 2019 0
Translate »
Want to learn more about the Stock Market and Investing?
Enter your name and email and get the our articles directly in your inbox... it's FREE!