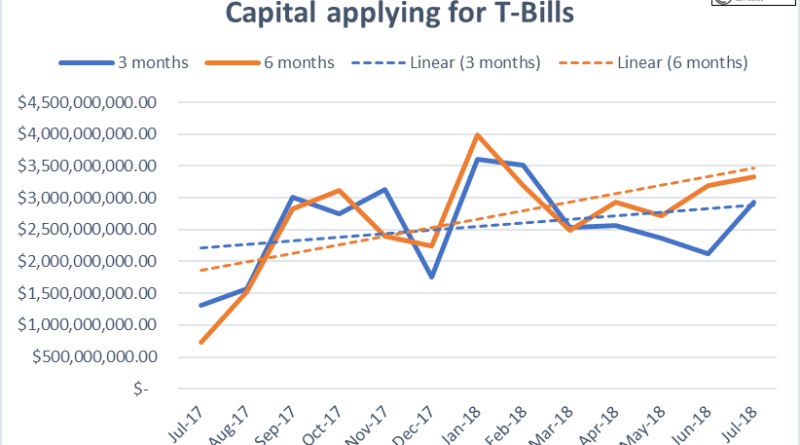 As the Jamaican government debt appetite begins to wane, supplies of Treasury bills are beginning to dry up. The greater the volume of capital chasing the limited amount of T-bills on offer the more the rates will fall.
Advertisement 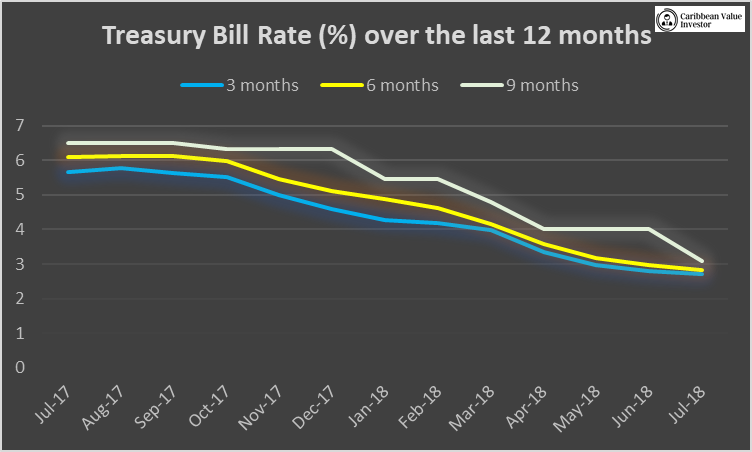 The fall in T-bill rates further highlights the strong liquidity in the markets. The JMD $700 million that was up for offer in July was oversubscribed 4 times for the 3 months bill and 5 times for the 6 months bill. A look at the graph above will show an overall increase in the amount of capital going after these limited bills. The increase capital inflows into the T-bill market will lead to a further reduction in the rates.

For the month of June inflation came in at 2.8%. As the T-bill rates falls further, especially below inflation investors will be encouraged to find other investment securities. The JSE which has several stocks that are both fairly and undervalued, will become a choice of capital destination. So far IPOs seem to be the current choice for investors who are looking to invest their capital on the stock market. This has led to less attention being paid to potentially rewarding stocks.

Recommended Reading: We highly suggest reading the article, “Is the JSE Primed for Another Take Off”

July 9, 2018 0
Translate »
Want to learn more about the Stock Market and Investing?
Enter your name and email and get the our articles directly in your inbox... it's FREE!