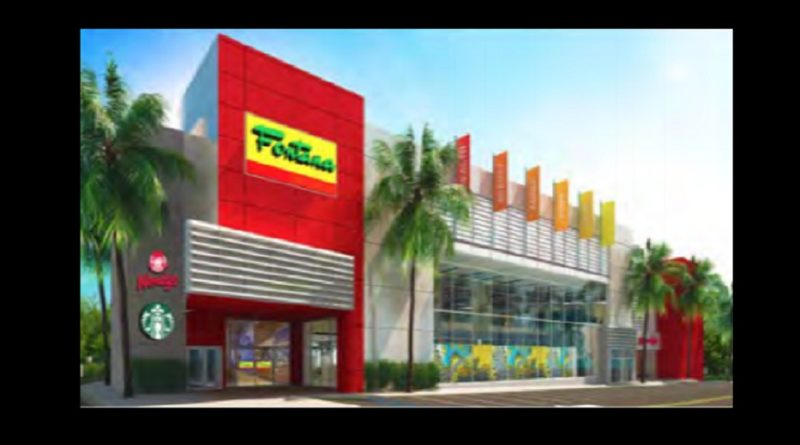 Fontana Pharmacy has released its prospectus inviting investors to apply for and purchase 249,874,965 ordinary shares at a price of $1.88 per share. The shares are being sold on behalf of the company and its sole shareholder Burbank Holdings. The invitation opens on Thursday, December 13 at 9:00 am through to Thursday, December 20. However, the general consensus is that the offer will be oversubscribed and will close shortly after opening.  The invitation will raise $468,077,925 million if successful. J$234,040,086 will be due to Fontana and $234,037,839 will be due to the selling shareholder. The Fontana Pharmacy IPO is being arranged by Scotia Investments Limited.

Fontana Limited is a family run business that was started in 1968 by Shinque and Angela Chang. The company holds a certificate of registration as a Pharmacy and operates a network of pharmacies in five locations across Jamaica. The pharmacies, branded Fontana Pharmacy, located in Barbican (Kingston), Mandeville (Manchester), Montego Bay (St. James), Ocho Rios (St. Ann) and Sav-la-mar (Westmoreland) are licensed as distribution pharmacies by the Pharmacy Council of Jamaica. The core business of the company is the sale of pharmaceutical products. However, the company offers a variety of beauty and cosmetic items along with electronics, toys, housewares and home decor items.  Fontana is regulated by the Pharmacy Council of Jamaica as well as the Standards and Regulations Division of the Ministry of Health.

The Management Discussion and Analysis section of the Fontana Pharmacy IPO prospectus gives a very detailed review of the financial performance of the company of the last five years.  It also provides ample justification for the fall of in performance for the 2018 financial year. At the risk of being repetitive, we will restate some of the key elements from the extremely well documented section of the prospectus. For this review, we will focus primarily on the Balance sheet and the Income Statement.

As at June 30, 2018, Fontana had total assets of J$ 1.682 billion. Approximately J$ 674 million of which was accounted for as non-current assets in the form of property, goodwill and purchase considerations. Had we not considered goodwill, total non-current assets would sit at just over J$ 508 million. The greater majority of the Fontana’s assets are in the form of current assets (J$ 1.0083 billion). Of this amount, inventories account for almost 60% (J$ 589 million) followed by cash and cash equivalents (253.8 million). Overall, the company’s assets increased by ~ 279 million or 19.87% over the 2017 figures.

According to the prospectus for the Fontana Pharmacy IPO, total liabilities stood at J$ 617,718,364 as at June 30, 2018. This figure represents on 37% of the company’s assets which we feel is very good. What we find even more commendable is that of the 617 million, only 136.2 million is in the form of long term liabilities. The majority of which is deferred tax liability (J$ 72.8 million) with the next biggest portion being notes payable (J$ 51.34 million). The big ticket item however is in the current liabilities. Trade and other payables amounted to J$ 396 million, almost tripling total non-current liabilities.

Fontana recorded slightly higher revenues (of $J 3.42 billion) for 2018 over the $J 3.15 billion in 2017. This represented an increase of 8.66%. According to the Management, revenues were negatively impacted by road works near the Barbican store as well as the ongoing state of emergency in Montego Bay. For comparison, revenue growth for 2017 was up 15.7% over 2016. Management has calculated a compounded annual growth rate of 17.63%. The opening of a new store will present further opportunities for growth which will positively impact both revenues and profits.

In our opinion, Fonata is very attractively priced when compared other recent listings on the Junior Market of the Jamaica Stock Exchange. The company is expected to generate increased revenues from the opening of the Waterloo location. Increased revenues will also be realised from the improved store traffic at the Barbican location. Management has expressed an interest in adding another location in either Portmore or Montego Bay. Their interest in the timely execution of this ambition is stated in the use of funds for the IPO proceeds. Fontana will also benefit from the increased exposure associated with listing. If successful the company will save more than J$ 20 million in taxes for the first five years. We believe this makes for a very strong case for potential investors to consider adding some of these shares to their portfolio even if they are unsuccessful in getting the full allotment in the IPO.

July 9, 2018 0
Translate »
Want to learn more about the Stock Market and Investing?
Enter your name and email and get the our articles directly in your inbox... it's FREE!