Tesla released its ER earlier this week with mixed results, sending the stock down 12%. A much-needed correction after being up 50%. Our long term chart is still in play, but for now, TSLA is forming a morning star doji, signaling a bullish week.

Then there is Beyond meat, and alternative to meat. It´s safe to say BYND is in a growing market, much like Tesla. BYND is up almost 1000% since their IPO previously this year, clocking in the valuation of 14 billion. I do believe BYND will continue to grow, but for now, their market cap is too high for me to trade. BYND releases their ER Monday after the close. If the report ends up sending the stock downwards, a trade opportunity might open, anticipating a short-squeeze.

AMD is one bullish company, with a more than 100% increase since new-year. It is a company I have been eyeballing for quite some time. AMD releases its ER Tuesday.

I do plan to take a position in AMD, but since AMD is sitting at resistance while releasing ER, there is a good chance they will breakdown. Especially when considering the 85% gain AMD had this year. Therefore I will only buy 1/4 of my final position at today’s price. The rest I will hopefully purchase at a lower price. If my analysis is wrong and the ER turns bullish, I will have some skin in the game in case of a breakout. 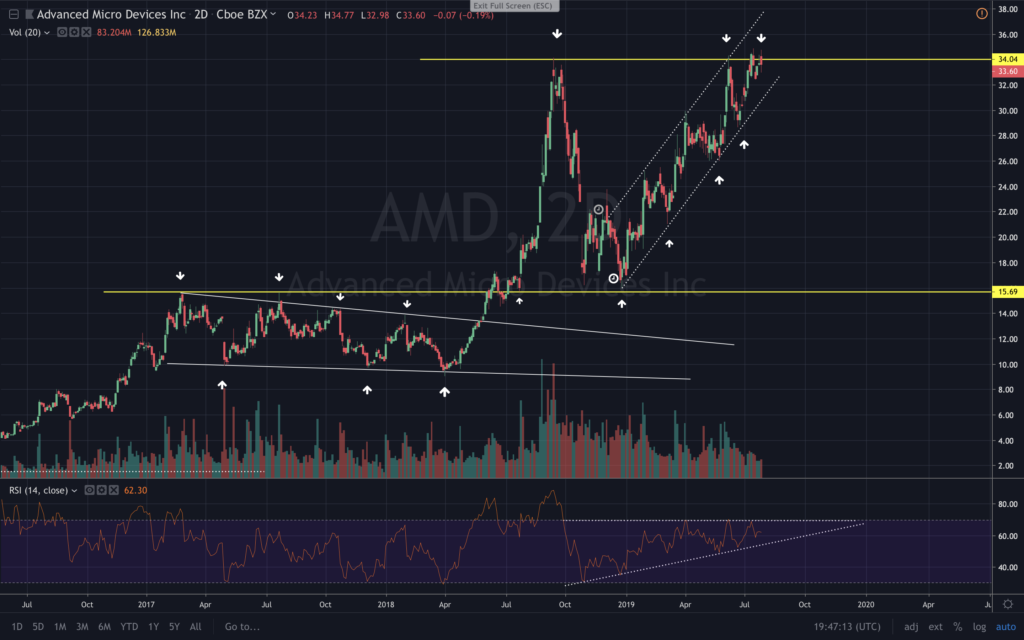