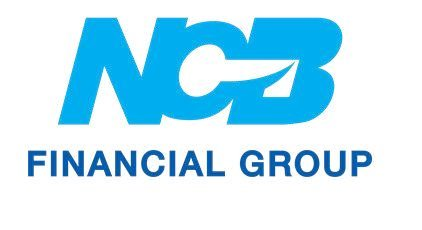 The National Commercial Bank Financial Group (NCBFG) is aligning itself to become a major financial power house of the Caribbean. This ambition was made clear in 2012 when the NCBFG made an attempt to list on the New York Stock Exchange. However, according to a statement release by the Group this action was postponed and finally withdrawn in 2016 due to unfavourable market conditions. This ‘unfavourable market condition’ resulted in NCB not receiving the desirable price. Although some may argue that the price desired didn’t match what was being offered, considering NCB made the IPO bid during the bull market which the US Equity market is currently experiencing. This rejection led Mr. Michael Lee-Chin to re-strategize. As knowing how ambitious he is, I am doubtful that he will give up on listing on the NYSE or the Toronto Stock Exchange if desperate. Why? Because the funds raised will allow NCBFG to become a global Bank.  Mr. Lee-Chin who is currently worth US $1.2 billion according to Forbes surely has no intention in being complacent at the 1867 richest person.

Michael Lee-Chin himself said that private equity is the surest path to wealth and wealthy people take advantages of crisis which is why he acquired the Bank in 2002. NCBFG itself is gearing up to go on a shopping spree. In 2016 the Group acquired a 29.99% stake in Guardian Holdings Limited with an attempt in the past year to acquire a majority stake. In 2017 the Group acquired a 50.1% stake in Clarien Group Limited which operates a Bank in Bermuda. GHL has US $4.0 billion of assets on its balance sheet while Clarien has reported assets at the end of December 2016 of US $1.1 billion. These acquisitions are in addition to a 50% stake in Munda Finance Limited, 26.3% stake in JMMB Group Limited and 29.61% stake in Elite Diagnostics. So why the feverish buying?

In order to ensure that another bid to list on the NYSE is successful NCBFG needs to meet the minimum requirements. One such requirement is a share price of US $4.00. This would translate to about JMD $548. So we are more than half way there. To justify such a price especially as a Financial Institution NCBFG will need to be generating profits of about US $1 billion. This would give an EPS of JMD $55. At a PE of 15 this would be JMD $833 (US $6.00). NCBFG wouldn’t want to list near the minimum so as not to appear as a penny stock. So how can NCBFG get there? Well the fastest way is through acquisitions. This however, requires capital and the need to ensure that new entities do not become a burden on the balance sheet. Currently NCBFG has assets of JMD $931 billion which is expected to increase at the end of their financial year, September 30th. The group has a Return on Asset ratio of 2%. Banks general have a low ROA. For the nine months ending June, the Group generated profit of JMD $20.7 billion.

Assets are the Goal

NCBFG would therefore need assets of roughly JMD $6.8 trillion. With a ROA of 2% this would yield the desired price to list. If Guardian Holdings acquisition is successful on the next round (since I’m doubtful they have given up with that as well), this would increase the Group assets to JMD $1.5 trillion and yield an expected profit of JMD $30 billion, one fifth of what is needed. If NCBFG can increase their efficiency this will result in an increase in the ROA ratio. Therefore, lessening the time taken to get to the minimum requirement. They would have to acquire 50 Clariens or 12 Guardians at a ROA of 2% while only 25 and 6 respectively at a ROA of 4%. Something Sagicor is almost able to achieve. This does not take into account the growth of assets which have been annualized at 13% over the last 5 years.

Some may question whether this is achievable but with a liquid Jamaican market, NCBFG will have little obstacle raising capital to help fuel its ambitions. But they should not linger or delay in their quest in being number one as Republic Financial Holdings (RFHL) and First Caribbean (FCI) will not stand idle by and lose market share. RFHL has made an offer for Cayman National Corporation which has assets worth US $1.3 billion. The Bank has extended out of the region and onto the African Country through its acquisition of a Ghanaian Bank. To date the Bank has yet to enter the Jamaican market.

NCBFG chairman, CEO and directors should take note of the rising disgruntlement with the Bank right here in Jamaica. As one person I know puts it, if you want to do business with NCB you should just take a day to do it because the wait is ridiculous. Try calling customer service and see if you can get through under 10 mins. Not to mention after spending time to wait you might hear you have to come in branch to deal with the matter. Clearly the directors are forgetting that a big top needs a strong foundation and the customers build that foundation. So, it would be prudent for NCB to revisit its customer policy as it appears to be putting profits first and customers last.

January 17, 2022 0
Translate »
Want to learn more about the Stock Market and Investing?
Enter your name and email and get the our articles directly in your inbox... it's FREE!