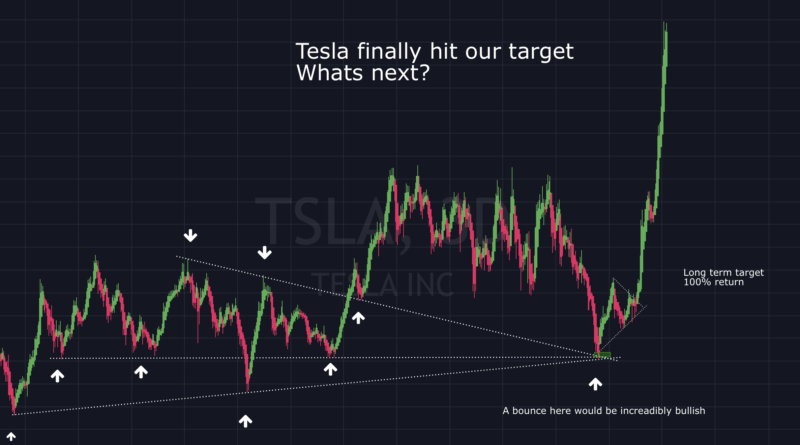 Good morning Traders, and of course, a happy new year. I figured we could go over some of the successes from 2019. A form of a recap of the best trades we participated in. We will start with Tesla, considering it gave us a total of 200% on our investment. Finishing of giving the highlights of what is further to come.

Let´s start with Tesla (TSLA), and let me tell you, what an incredible and well-timed trade. This is without a doubt our best trade last year, giving us a total of 203%. It is the setup I spent the most time on. I hope many of you had the opportunity to join in. As you can tell from the pictures below you can see we have followed TSLA for quite a while, all the way back to early 2019, as well as predicting the most likely pathway quite accurate.

The first pictured is when Tesla was sitting at support around 250$, I suspected this support would break and we would test our long term support further down. Further Tesla hit our price range and this is where we started scooping up shares. Before Tesla eventually broke upwards. Completed the 100% we hoped for and more. Hitting an all-time high in price.

If you did not get the chance to participate in this trade, fear not, this is one of several trades to come. 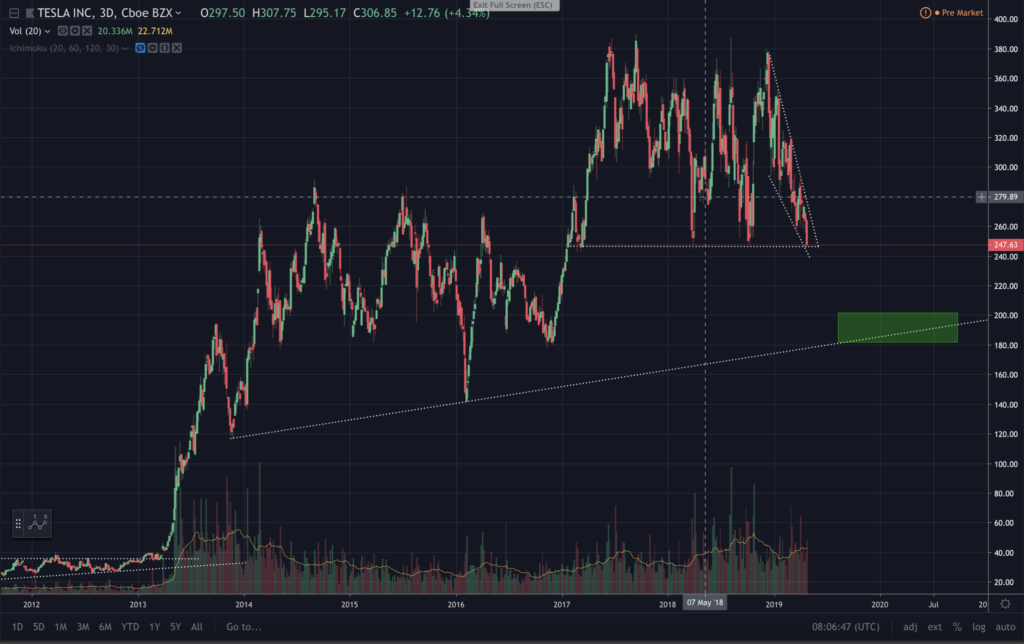 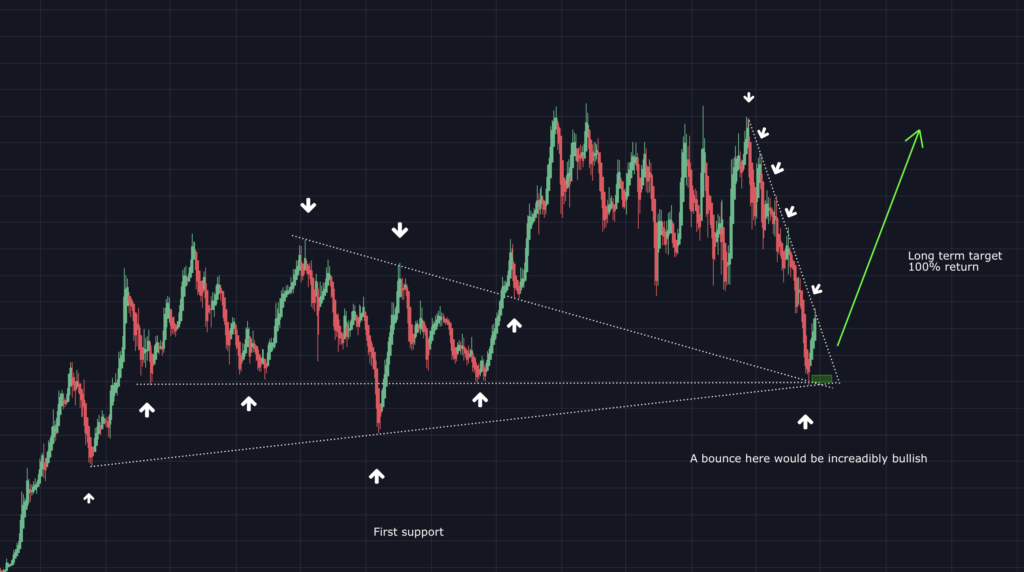 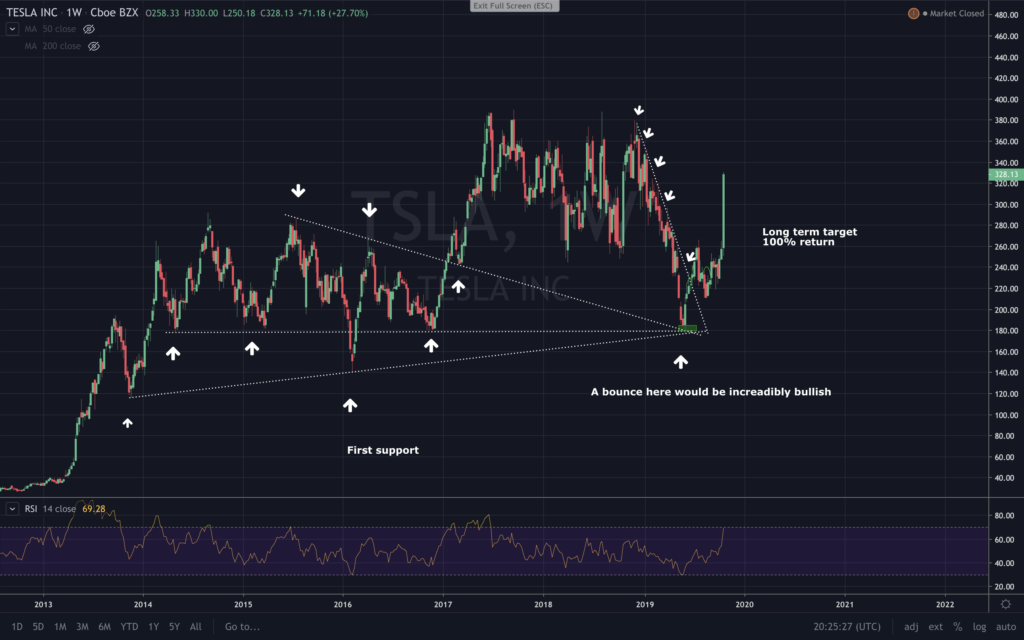 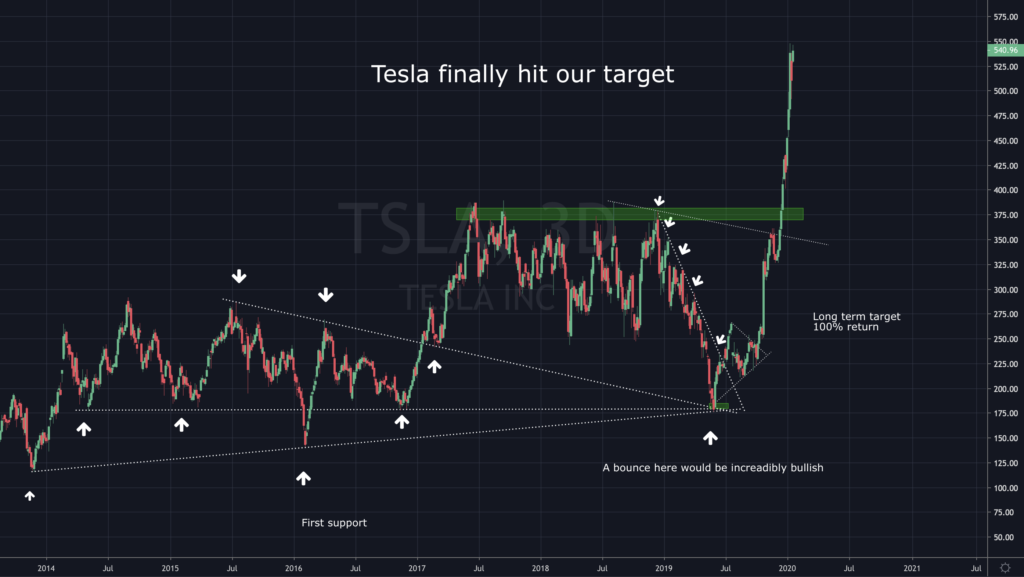 Tesla might have more room grow, but for now, I am happy with a 200% return. We managed to buy when everyone was selling, now to the important part, sell when everyone is buying. It would be quite abnormal for such a big company to continue a linear growth upwards. Remember Tesla just hit a bigger market cap than Ford, and GM, combined! Yes combined.

Even though Tesla is only selling a fraction of the cars. This might be justified, considering its a high growth company, just recently delivered it´s first profitable earnings report in years. But, for me, it´s time to call it quits and sell while the game still is fun. I would rather secure 200% then to risk them to further gain.

August 5, 2018 1
Translate »
Want to learn more about the Stock Market and Investing?
Enter your name and email and get the our articles directly in your inbox... it's FREE!