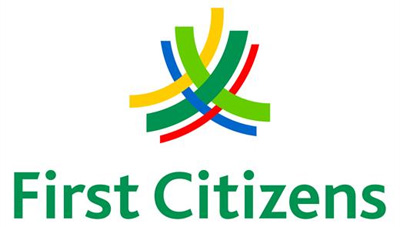 Company Description:  Republic Financial Holdings Limited, the financial holding company for the Republic Group, is incorporated in the Republic of Trinidad and Tobago and its registered office is located at Republic House, 9-17 Park Street, Port of Spain. Republic Financial Holdings Limited is listed on the Trinidad Tobago Stock Exchange. The Republic Group (the ‘Group’) is a financial services group comprising several subsidiaries and associated companies. The group is engaged in a wide range of banking, financial and related activities mainly in the Caricom region and Ghana.

Company Description: CIBC First Caribbean (FCI) is a relationship bank offering a full range of market leading financial services through Corporate and Investment Banking, Retail and Business Banking and Wealth Management segments. FCI is located in seventeen (17) countries around the Caribbean, providing the banking services that fit customers’ lives through approximately 3,000 employees in 68 branches and offices. FCI is one of the largest regionally listed financial services institutions in the English and Dutch speaking Caribbean, with over US$12 billion in assets and market capitalization of US$2 billion.  FCI also has an office in Hong Kong. The face of banking is changing throughout the world and CIBC FirstCaribbean intends to lead these changes with the expertise, integrity and knowledge gained from banking in the Caribbean since 1836.

Company Description: NCB Financial Group Limited (“the Company”) is incorporated and domiciled in Jamaica. The Company is 51.83% owned by AIC (Barbados) Limited. The ultimate parent company is Portland Holdings Inc., incorporated in Canada. Portland Holdings Inc. is controlled by Hon. Michael A. Lee-Chin, OJ, Chairman of the Company. he Company’s registered office is located at 32 Trafalgar Road, Kingston 10, Jamaica.

The Group’s ultimate parent company is The Bank of Nova Scotia, which is incorporated and domiciled in Canada. The Group has interests in two associated companies. 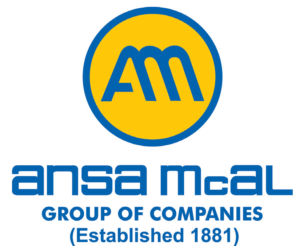 Company Description: ANSA McAL Limited (the “Company” or the “parent company”), incorporated and domiciled in the Republic of Trinidad and Tobago, is the ultimate parent company of a diversified group of companies engaged in trading and distribution, manufacturing, packaging and brewing, insurance and financial services and the media and service industries. ANSA McAL Limited and its consolidated subsidiaries (“the Group”) operate in Trinidad and Tobago, the wider Caribbean region and the United States of America. The Company is a limited liability company with its registered office located at11Maraval Road, Port of Spain, Trinidad, West Indies and has a primary listing on the Trinidad and Tobago Stock Exchange.

On 12th September 1992, the Workers’ Bank (1989) Limited, National Commercial Bank of Trinidad and Tobago Limited and Trinidad Co-operative Bank Limited under and by virtue of vesting orders made by the Minister of Finance under section 49 of the Financial Institution Act, 1993, were transferred to and became vested in the Bank. 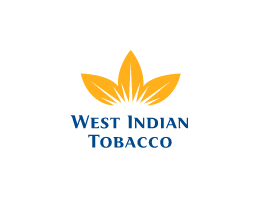 Company Description: The West Indian Tobacco Company Limited is incorporated in the Republic of Trinidad and Tobago. The Company is listed on the Trinidad and Tobago Stock Exchange. The address of the registered office is Corner Eastern Main Road and Mount D’Or Road, Champs Fleurs, Trinidad, West Indies. It is a subsidiary of British American Tobacco (Investments) Limited, a company registered in the United Kingdom. Its ultimate parent company is British American Tobacco p.l.c., a company registered in the United Kingdom. The principal business activities of the Company are the manufacture and sale of cigarettes.

Its initial portfolio of investments in National Flour Mills Limited (NFM), Telecommunication Services of Trinidad and Tobago Limited (TSTT) and Trinidad Nitrogen Company Limited (TRINGEN) were transferred at their last audited net asset value by the Minister of Finance on behalf of the Government in exchange of 500,000,000 ordinary shares of no par value in the Company. Subsequently, on 14th December 2001, NEL acquired 20% shareholding in NGC NGL Company Limited (NGCNGL) financed by the issue of 50,511,540 shares and on 8th December 2003, NEL acquired 37.84% shareholding in NGC Trinidad and Tobago LNG Limited (NGCLNG) financed by the issue of 49,489,101 additional shares.  In December 2014, NEL entered into a joint venture and acquired 33.33% of Pan West Engineers and Constructors, LLC. NEL’s principal business activity is that of an Investment Holding Company. The registered office of the Company is Level 15, Tower D, International Waterfront Centre, Wrightson Road, Port of Spain.

Company Description: Massy Holdings Ltd. (the ‘Company’), was incorporated in the Republic of Trinidad and Tobago in 1923. 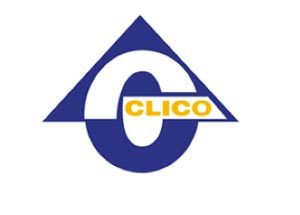 Company Description: The CLICO Investment Fund was established on 31 October 2012 as a close ended mutual find. The investment objective of the Fund is to hold the initial assets and the additional Republic Financial Holdings Limited shares (RFHL), in the event that they become part of the deposited property for a period of ten (10) years subject to the terms described under clause 19 of the Declaration of Trust, “Termination of the Fund”.

The Fund is governed by the laws of the Republic of Trinidad and Tobago and established by a Declaration of Trust made by the Trustee, duly incorporated and validly existing and licensed under the provisions of the Financial Institutions Act, 2008 of the Republic of Trinidad and Tobago. The Trustee of the Fund is CLICO Trust Corporation Limited (“CTC” or “Trustee”). The address of the Trustee is Level 16, Ministry of the Finance, Edward Street, Port of Spain. The Administrator of the Fund is Republic Bank Limited. The address of the Administrator is 9-17 Park Street, Port of Spain, Trinidad. Republic Financial Holdings Limited, the financial holding for the Republic Group, is therefore considered a related party. The Registrar of the Fund is the Trinidad and Tobago Central Depository Limited. The address of the Registrar is 10th Floor Nicholas Tower, 63-65 Independence Square, Port of Spain.

A Case FOR Cryptocurrency – BlockChain Technology

April 18, 2018 0
Translate »
Want to learn more about the Stock Market and Investing?
Enter your name and email and get the our articles directly in your inbox... it's FREE!