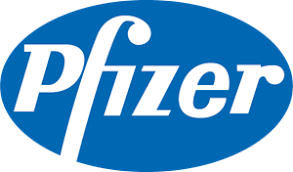 KINGSTON, JAMAICA – Lasco Distributors, yesterday notified the Jamaica Stock Exchange that the judgment for the court battle with Pfizer will be delivered on November 24, 2017. No new knowledge there for value investors. However, after reading the official judgment from the November 3rd ruling, we found it rather queer that the company neglected to include what we feel is pertinent information that will greatly affect its shareholders and its own strategic plans.

The judgment is a public document and is available to all. You don’t need to read all of it and perhaps a read of only pages 115 onwards will give you enough information. (See Judgment: http://www.supremecourt.gov.jm/content/pfizer-limited-v-medimpex-jamaica-limited-nmf-pharmaceuticals-limited-trading-macs)

Lasco’s attorneys sought $USD 311,000,000, however, Pfizer’s expert witness in the form of verteran Damage Assessment Analyst, Mr. Prem Lobo arrived at a maximum figure of  USD $2,939,000.   Mr. Lobo offered two figures to as the possible losses suffered by LASCO based on two different methodologies. Mr. Lobo conceptualized two scenarios that would have accounted for LASD’s losses;   scenario 1 provided a figure of USD $517,000 whereas scenario 2 produced an estimated loss of USD $2,939,000.

On November 03, 2017, the judge accepted Pfizer’s arguments that the claim by LASD was too high, pointing to a mention by the Pfizer attorney that LASD’s expert qualification and experience in the area of damage calculations was questionable. Further to this, the argued that one of LASD’s expert witnesses was unqualified to be considered an expert on the issue. The Judge, having heard Pfizer’s arguments agreed was with the point and accepted Mr. Prem Lobo’s scenario 2.  Therefore, as of  November 3 2017, the prospect of LASCO being awarded any amount remotely close to $USD311,000,000 was settled and was out of the question.

The Judge further stated that the Pfizer figure was “too generous” and discounted it. She instructed the experts for all parties to apply the discounts she requires and settle at a final figure. Based on this, Caribbean Value Investor suspects that the final figure will be less than what is indicated in Pfizer’s scenario 2. Additionally, and even more tragic for expectant Shareholders is the fact that the Court awards legal costs based on what is fair and reasonable, therefore LASCO will only recover a portion of their legal costs and not what they’ve actually spent.

There was, however, an upside from the report. Given the circumstances, investors should not expect any further appeal after the 24th of November so whatever sum is agreed would be final and could be expected to be paid within this financial year or the next. Further to that, this very long legal battle will finally have reached its end.

Notwithstanding the gloomy news, there is still an opportunity for medium and long term investors to make some money off the negative response to the ruling, bearing in mind that the company will in fact grow over the next three years. It is the opinion of Caribbean Value Investor that the company will spiral from overvalued to undervalued once all the final settlement becomes public. The mistakes made by LASCO are almost inexcusable, what’s more, the directors made wildly optimistic promises and neglected to communicate the change in tide to the shareholders. Though LASD won the case in the Supreme Court and the Privy Council, they effectively lost the battle on November 3rd and they should have assumed the responsibility to inform the investing public.

Our biggest concern is that even if LASD comes out of this with the maximum reward of USD 2.9M the stock may crash based on the expectations that investors had of more than of a 300 million dollar payday.
The thinking of Caribbean Value Investor is as such, if an investor is not willing to take more than a 15% loss in the short term then he/she can’t afford to sell below that level of his/her purchase price. It would be better to reverse the decision to sell and to rather keep the shares watching the market response to the outcome of the case. Already the stock is trading below 6.00 JMD and we suspect the trend will continue. Should it fall to 5.00 or below, investors who bough north of 6.5 JMD may very well use the opportunity to average down and adopt the long view, not expecting any payoff from the settlement.

Again, we can do that comfortably because we know, based on recent activities by the company, that profits will be looking really good end of next year at which time the investor may exit and claim what will likely be an even bigger gain. Averaging down wouldn’t be such a bad  idea. After all, the LASCO Affiliated Companies together still make up the 3rd or 4th largest company on the Jamaica Stock Exchange.

July 20, 2018 0
Translate »
Want to learn more about the Stock Market and Investing?
Enter your name and email and get the our articles directly in your inbox... it's FREE!